From the desk of the Executive Director

If you happen to follow our social media posts or subscribe to our newsletter, you are likely aware that Rank the Vote Kentucky cofounder, John Hicks, recently passed away after fighting a bitter battle against cancer. Not only was John single-handedly responsible for inspiring me to join RTVKY, but he was also a dear friend and personal role model. It weighs heavy in my heart that I will never have another opportunity to share a cup of coffee with him while we passionately (and perhaps heatedly) discuss the prospects of bringing Ranked Choice Voting to Kentucky. . . all the while with a smile on John's face.

From the first day I met John, he exemplified a gentleman of good temper: one who maintained patience, calm, and openness, even when faced with moments of intense debate and diatribe. More importantly, he opened my eyes to how influential people can lead, neither by carrot nor stick. but instead by building rapport and shared vision. He tended to approach every encounter as an opportunity for meaningful learning and negotiation. Anyone who has canvassed for RTVKY with John can attest that he was unafraid to approach strangers with a sincere intent to converse, exhibiting both civility and respect to everyone he met.

John spent a great deal of his life studying and advocating election reform, and while he could have remained purely academic in this pursuit, John unabashedly walked the talk. When the Libertarian Party of Kentucky had an opportunity to place a candidate on the ballot for the 2019 gubernatorial election, John stepped up to the plate. His campaign not unexpectedly offered a platform based in individual liberties, but at every opportunity, he also drew attention to the rampant gerrymandering and political polarization that our elections incentivize. With only a small fraction of the campaign funding and social capital of his Republican and Democratic counterparts, John managed to nab 2% of votes in the general election, which represented five times the gap between winner Andy Beshear and incumbent Matt Bevin. In doing so, he epitomized a significant flaw in our plurality voting system (spoiler candidates), and with great irony, become the poster child for the very election reform he championed (ranked choice voting).

I must confess that it has taken some time for me to process John's death. I cannot genuinely express the same profound and intense grief that others much closer to him must be feeling, but I am still struck with a deep sadness reserved only for the closest of friends and colleagues. I am left with two oddly conflicting feelings: one of guilt, and the other of optimism.

Even when faced with his own mortality,
John still sought the best interests of his fellow citizens,
dedicating much of his time and efforts
to the vision of Rank the Vote KY.

My guilt stems from a laundry list of ways that I feel I have let John down: not only did I fail to capitalize on the wisdom and experiences he could have imparted to me, it also pains me that I could not deliver upon his dream of election reform within his lifetime. And while I could certainly wallow in that remorse, it is through John's persistent hopefulness that I take inspiration. Even when faced with his own mortality, John still sought the best interests of his fellow citizens, dedicating much of his time and efforts to the vision of Rank the Vote KY. I will always look up to John, with deep admiration and respect.

RTVKY continues to face a long battle ahead to drive important and fundamental change, we must zoom out and recognize the tremendous momentum that RCV policies have generated throughout the nation. Everyday, Americans are recognizing that we do not have to remain locked within a system that continually fails to represent our diverse backgrounds and nuanced views. More importantly, as voters gain the opportunity to experience ranked choice voting first-hand, they also learn of how such a simple change in the ballot can lead to drastically better election outcomes.

All of us at Rank the Vote Kentucky remain steadfast in our commitment to deliver ranked choice voting to Kentucky voters. We hope that you, too, will find inspiration in John's story and join us in our mission to ensure majority representation and incentivize civility in all elections through the commonwealth. 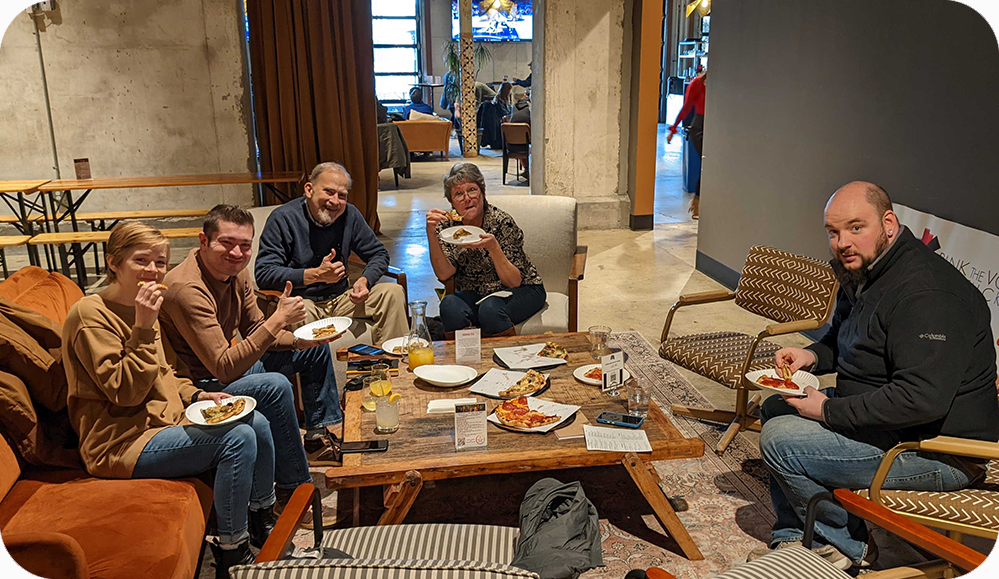