Ranked Choice Voting (RCV) is a simple update to our democratic elections that allows voters to rank candidates in order of their preference (first choice, second choice, third choice, and so on). This small upgrade to the ballot is a dramatic improvement to our current method of voting, and will ultimately yield better election outcomes across the state of Kentucky.

In RCV elections, voters still only get to cast one vote. However, ranking candidates allows Kentuckians to better express the intricacy of their views at the ballot box.

Ready to show your support for RCV in Kentucky? Sign the pledge today!

How are Votes Counted with RCV?

When electing candidates for a single-seat office (e.g. mayor), all first choices are tallied. If a candidate wins a majority among the first-choice votes, that candidate is the winner. 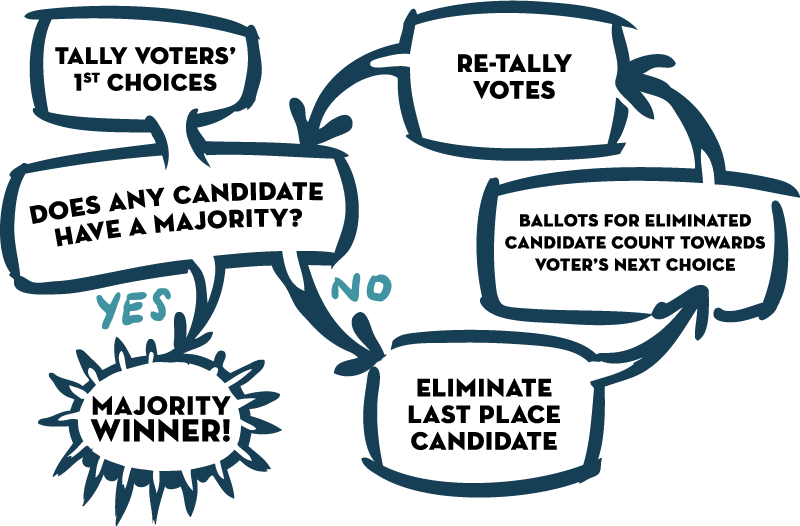 Ranked-choice voting works equally well when there are multiple candidates elected to a governing body, as in the case of a city council or a state legislature. The threshold for winning is adjusted depending on the number of seats to fill. A similar process of eliminating and electing candidates through rounds of counting occurs until all the seats are filled.

What's the difference between single-winner and multi-winner RCV?